Switzerland, officially the Swiss Confederation, is a federal republic in Europe, a direct democratic country.

It consists of 26 cantons, and the city of Bern is the seat of the federal authorities. The country is bordered by Italy to the south, France to the west, Germany to the north, and Austria and Liechtenstein to the east. Switzerland is a landlocked country geographically divided between the Alps, the Swiss Plateau and the Jura. While the Alps occupy the greater part of the territory, the Swiss population of approximately eight million people is concentrated mostly on the plateau, where the largest cities are to be found: among them are the two global cities and economic centres Zürich and Geneva.

There is a lot more to say about Switzerland, its people and landscapes. Why not just joining the GSM and get at least a feeling of this?

WIN Association was founded in 2000 in Switzerland, and still today, is an official Association by the Swiss Law. It is of course a big honour that finally, Switzerland was chosen to be the place to conduct our next GSM, which is in fact the first official WIN conference in 18 years! 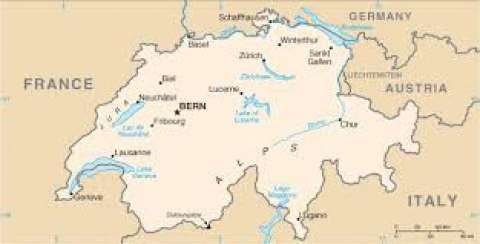 Many of you probably said: why is it taking that long to publish the details of the WIN GSM 2018! Well, on short notice we decided to lift WIN up to new hights also in terms of communciaton and tools for conferences.

It is a common practice to conduct conferences by APP's. Avoid printing tons of papers, act or re-act instantly to requirements or changes! Therefore, WIN introduces the WINGSM APP !